Looking back at the first version of 3 Media Web’s logos and website, you can see for yourself just how different the internet looked back then.

As 3 Media Web embarks on its 20th year in existence, I can’t help but find myself thinking, “Where has the time gone?” Then, I start reflecting on all of the change that has come and gone with it passing of time.

For example, do you remember what the internet looked like in 2001?

The vast majority of the world’s population still used dial-up to surf the web.

AOL and Yahoo! reigned supreme as the most visited websites on the net.

And this is what websites looked like back then…

That beauty, my friends, is the very first version of 3 Media Web’s website. Here is what our logo looked like:

And, that is what the internet looked like 20 years ago.

In its infancy, our company was eager. Hungry. Perhaps even a bit…desperate.

There I was, striking it out on my own. Leaving behind the rigors of the corporate world to build a company out of nothing more than my love for computers and the web.

It was a new frontier.

I, a web developer by trade, had the grand idea to start a business of my own and I was determined to make it work.

Even though there’s entrepreneurship in my family’s history, I’ve certainly had to put in my fair share of learning-by-doing over the years.

Of course, sometimes the lessons were hard and took a long time to sort out.

But, I stuck to three basic rules that I did know about building a business:

I knew that if I…

I’d at least have a fighting chance at making it.

After 20 years of living by those three simple commandments, I can confidently say:

Of course, that’s not to downplay all the hard work and learning-by-doing we’ve had to put in along the way.

In fact, when you compare where we started in 2001 to what we as a team have built this company into, you start to see that change has been nothing but constant, if not chaotic at times.

One memory that especially strikes a nerve is when the financial system collapsed in 2008, forcing us to close our office and scale back just to survive.

Let’s also consider all of the changes to technology–and the world around us–that we’ve had to learn to navigate. Most recently, we’ve been tackling the challenge of an unfolding pandemic, which, consequently led to us exiting the Hudson office.

When the pandemic first hit, who thought we’d all just hunker down at home and knock out some projects in our pajamas for a month or so before heading back to the office to resume business as usual?

I think a lot of us felt that way initially. I know I sure did.

And then reality hit us like a ton of bricks.

The only thing that was clear, was that there was no clear end in sight.

Fortunately, there’s something about building websites in the coziness of pajama bottoms that makes the work that we do, dare I say, even better.

Isolation and boredom be damned, we began recognizing that we could continue on our path of excellence from the comfort of our home offices.

That gave us the inspiration to do what any company with a little bit of grit would do and kicked it into high gear.

And boy did our clients come through for us.

To me, that’s what really cemented how lucky we’ve been during these wild times. Our industry, unlike many others, is managing to go relatively unscathed in the face of the pandemic. As a team and as a business, we are growing both in size and strengths.

So, you see, even today, two decades into this most excellent adventure, we are still changing.

That once small and scrappy company who built 3 Media Web v1.0 back in 2001 has now morphed into a leading digital agency.

Looking towards the years to come, I’m excited to see all the creative approaches we will invent to not just sustain and survive in this new normal, but to thrive in it.

There’s no doubt in my mind that we’ll look back on this remarkable moment in history as a catalyst to reaching new heights.

So long as we continue to let our core values, which define who we truly are as people and as a company, serve as our guiding light through the changes, there’s no stopping us on our way to the top.

I can honestly say that I’ve never been more driven or more dedicated to making 3 Media Web the best we’ve ever been. I hope you’re all ready to join me on this adventure—it’s going to be nothing short of legendary!

To help kick off the start of our next 20 years, let’s bid the last 20 a heartfelt adieu with a stroll down memory lane as we scroll through all of the past versions of 3MediaWeb.com:

Looking back at the first version of 3 Media Web’s logos and website, you can see for yourself just how different the internet looked back then.

Complete with a shiny new logo and fancy Flash animations, the new site was truly cutting edge and at the forefront of web design as it was in 2002. 😎

It really makes you grateful for the tremendous strides web design has taken over the past decade or so, doesn’t it?

We would rock version two of the website for a solid two years as the business grew. It served our company so well during that time, that in 2004, 3 Media Web launched a web design service to provide clients with a more comprehensive list of services provided.

As business began increasing and our services continuously expanded and strengthened, so did our website.

Along with the launch of our web design services came version 3 of 3MediaWeb.com and version two of our logo.

By the time 2012 rolled around, it was high time we put some of our skills to use on our own website. Squeezing in the time between working on client projects, we eventually launched version 4 of our site.

Here it is in all its glory!

In 2013, we converted our site to WordPress, aiding in the decision to begin specializing in the WordPress CMS exclusively.

To top this era off, our logo was redesigned into its fourth iteration in 2014.

Alas, version four of the site was short-lived.

When 2015 came around, version 5 of our site was launched and was a departure from our previous designs.

Feast your eyes on 3MediaWeb.com v3:

Never a company to fall victim to stale web dev and design trends, 2018 brought us the sixth version of our website, featuring details on our Digital Marketing service which we had also launched that year, as well as the fifth version of our logo.

In 2020, our team of 20 web experts proudly launched a refresh of our site, bringing the counter up to version 7.

With no signs of slowing down, we’ve redesigned our logo this year and are excited to be launching version 8 of our website in the coming months.

Thanks so much for being part of this journey—we are looking forward to working with you all in the years to come! 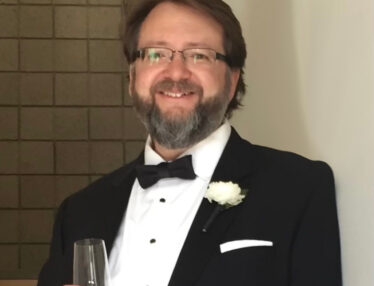 Get to Know Step Schwarz: Director of All Things Technical

Let’s give a hearty welcome to Step Schwarz. He joined the 3 Media Web team in early June and has... 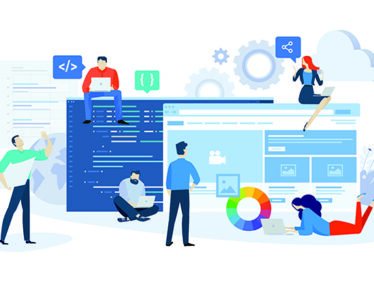 A B2B Website Redesign Strategy That Learns Over Time

Year after year, your competitors are sharpening their skills and getting closer to your customers. Your website redesign strategy might help... 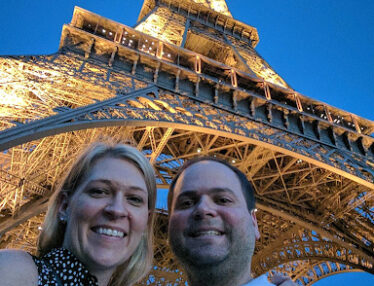 Join us in welcoming Kim to the 3 Media Web WordPress project manager team! We're excited to have her keep projects on time and on budget.
Join Our Email List

Get to Know Step Schwarz: Director of All Things Technical

Let’s give a hearty welcome to Step Schwarz. He joined the 3 Media Web team in early June and has...

A B2B Website Redesign Strategy That Learns Over Time

Year after year, your competitors are sharpening their skills and getting closer to your customers. Your website redesign strategy might help...

Join us in welcoming Kim to the 3 Media Web WordPress project manager team! We're excited to have her keep projects on time and on budget.